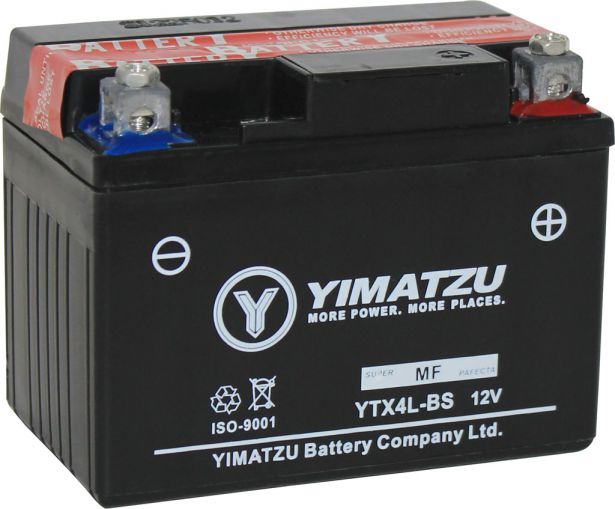 This is a Yimatzu brand GTX4L-BS Sealed Lead Acid (SLA), Maintenance Free (MF), AGM class, GEL electrolyte, 12V battery. This is the highest grade of SLA battery produced by Yimatzu and continues to rank as a top performing MF battery in the North American marketplace.

This GTX4L-BS (aka YTX4L-BS) battery type is very common within the powersport and transportation industries. Often (though not exclusively) used for 50cc, 70cc, 90cc, 110cc and 125cc kids/youth ATVs, scooters, electric start dirt bikes, dune buggies and go karts as well as many other variations of powersports, mobility, watersports and 'lawn & garden' products. 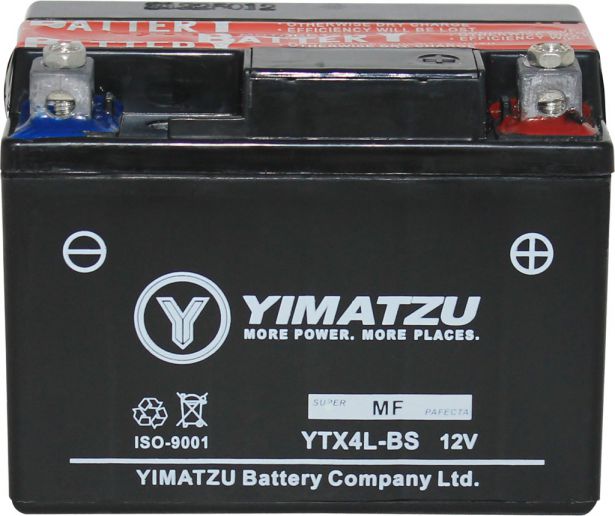 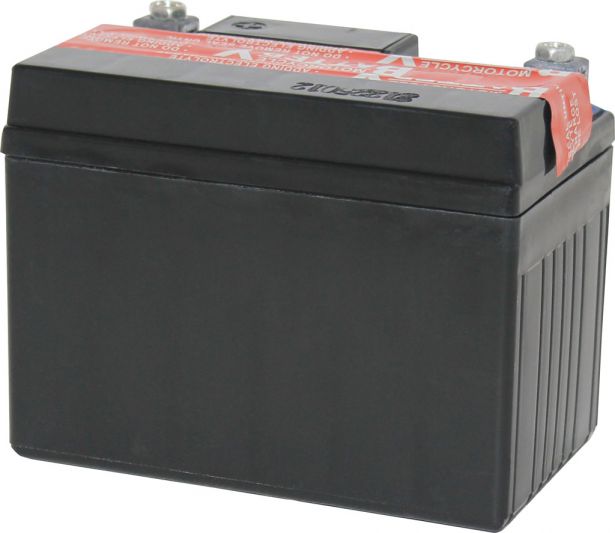 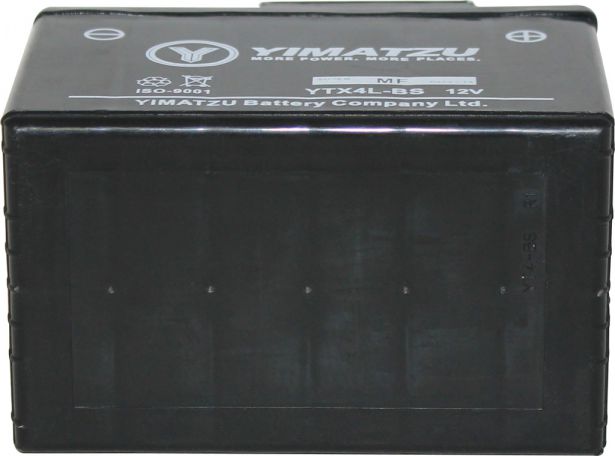 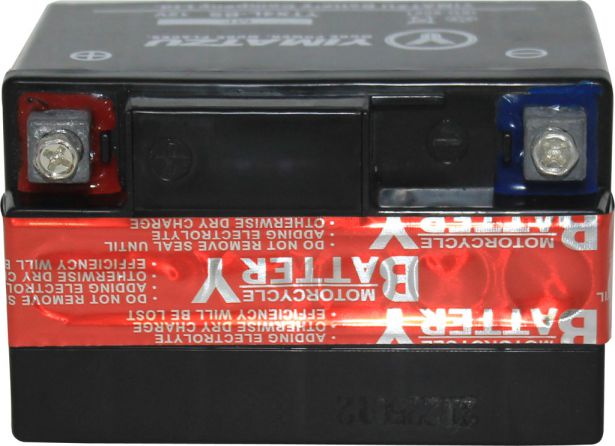 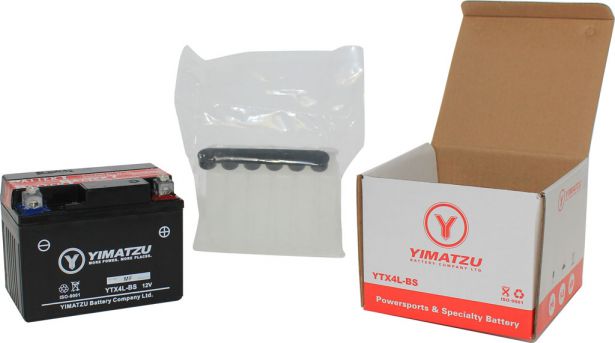